Most small businesses begin with nothing more than a passionate dream and a lot of hard work. Humberto Nieto and Laura Haverkos were no different.

Scaling a small business is challenging. For a one-person show to truly grow, converting a dream to a plan is essential. 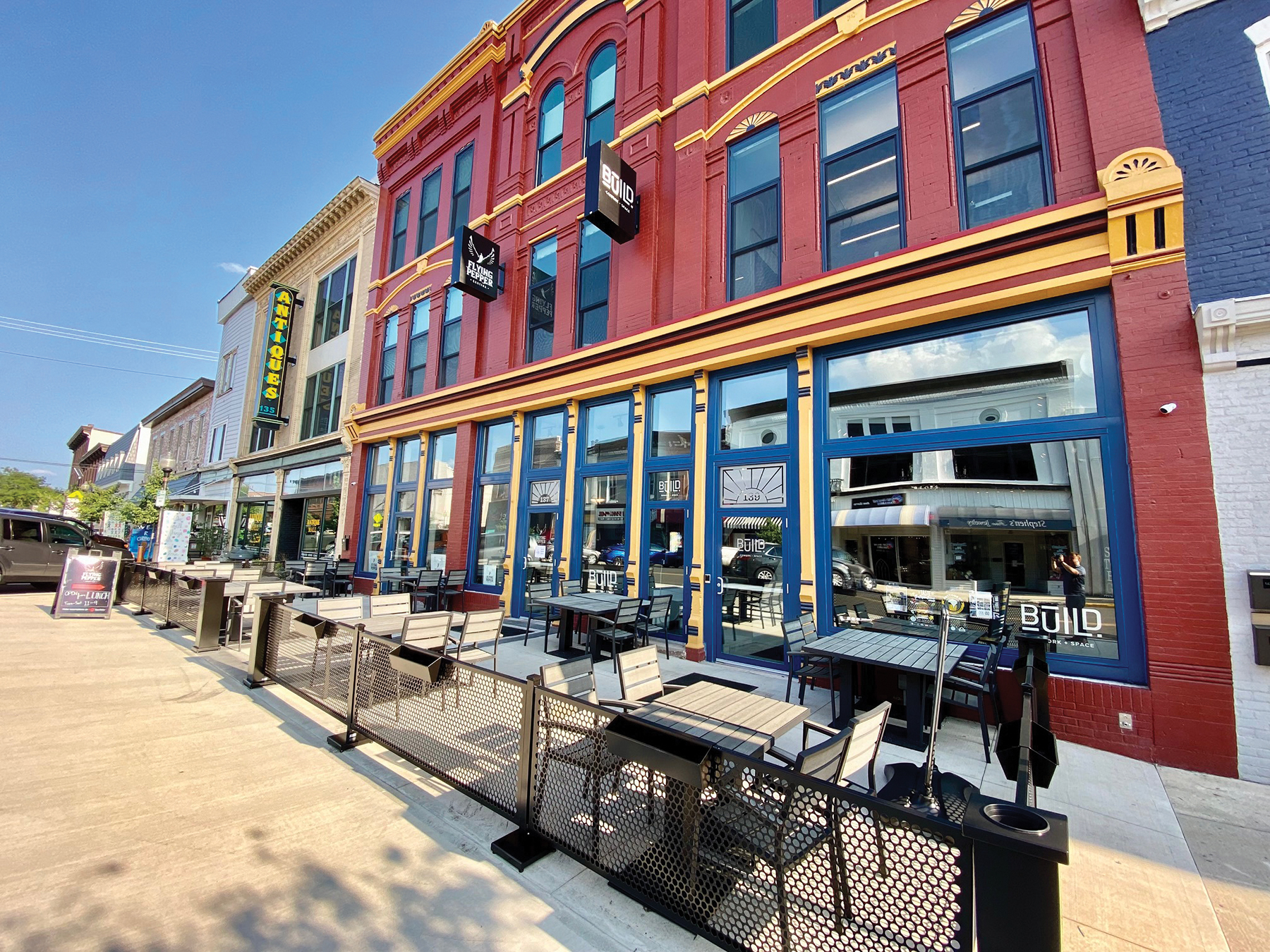 From dream to reality: A small business scaled for success

Most small businesses begin with nothing more than a passionate dream and a lot of hard work. Humberto Nieto and Laura Haverkos were no different. In 2016, they started the very successful Flying Pepper Food Truck… but the real dream was always to bring fresh, authentic Mexican fare to the area through their own brick-and-mortar restaurant. How would they scale?

There was never any question about Humberto’s dream of owning his own restaurant in the United States. It was in his mind every single day. He grew up in a small town in Michoacán, Mexico, a southwest coastal state known for monarch butterflies, fresh produce, and an abundance of avocados.

Humberto’s family was constantly cooking. His love of food grew from his roots and fueled his passion to share his unique version of authentic Michoacán cuisine with others. He and his wife Laura would often sit on the front porch with their friends, dreaming about what the name of the restaurant might be and what recipes they would serve. He would frequently make food for many of his friends in the area and his expertise in Mexican cuisine was becoming well-known locally. They didn’t know exactly how they would get there, but a restaurant was in their future and they knew they’d find a way.

One year, they went to observe a food truck competition to investigate the possibilities as an entry point to the industry. Despite the long lines and pushy people, the food was amazing and the spirit of the hard-working chefs fueled the spark that had been smoldering inside of Humberto for years. On the ride home, Laura saw how hard everyone had been working — the food industry is most definitely hard work — but as expected Humberto was all-in! This event solidified their future.

Humberto bought a plain, stripped-down box truck on Craigslist and spent almost a year sourcing all the pieces he needed to make the truck fully functional. As a team, they worked to build their business serving recipes from Humberto’s past, perfected by his mother and grandmother. The Flying Pepper Food Truck launched in August 2016 in Downtown Bellefontaine at the Logan County Farmers Market. 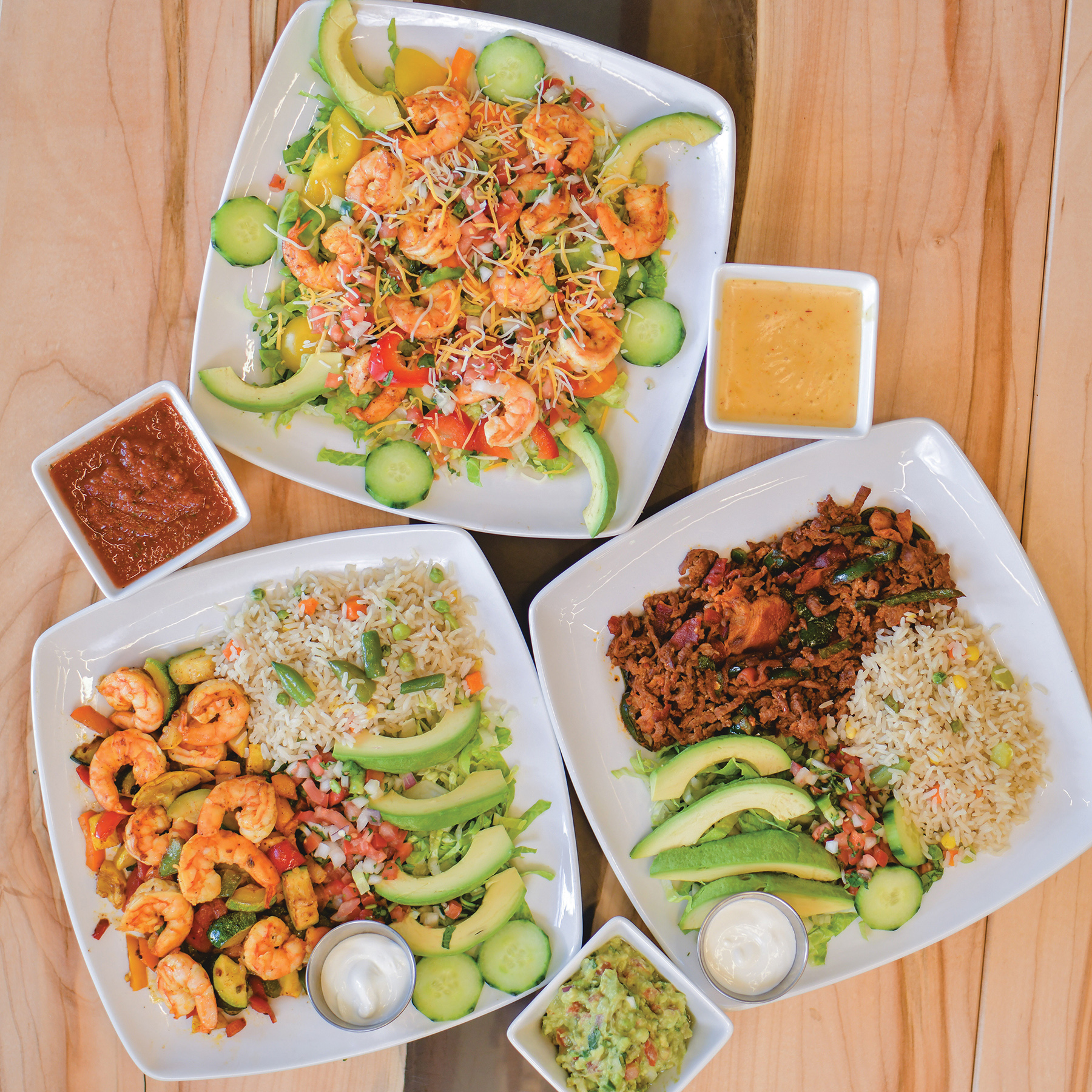 The Flying Pepper grew in popularity quickly, largely because of Humberto’s fierce dedication to using only fresh, local ingredients and serving authentic coastal Mexican cuisine. At this point, it was a weekend and nighttime gig though. As word continued to spread, he and Laura discovered they could no longer maintain this pace with both of them working full-time jobs. He reached the same point many small business owners do: When is it time to scale, how do I make it happen effectively and successfully?

They knew that in order for the business to continue moving forward, it was time to shift to a brick-and-mortar location. They started smart: Look for space in a town that would best suit the needs of their business and the desires of their customer base. They had narrowed their search to Yellow Springs and Urbana until the day Humberto met Jason Duff, Small Nation’s Founder and CEO, at the Logan County Farmers Market.

Jason tried Humberto’s food and immediately fell in love with the product. ”It tastes like nothing I’ve ever had before. The flavor profiles are unbelievable and everything is thoughtfully put together,” Duff said. It wasn’t long before Jason contracted them for a few events and was very supportive and encouraging to the business. In fact, when Small Nation had a building location that became available, he sought out Humberto and invited him to come look at it.

“Small Nation was the reason we became a brick-andmortar restaurant in Bellefontaine. Humberto’s dream was always to have a restaurant, and Jason literally recruited him to the space,” Laura remembers.

Small Nation was in the middle of developing an 8,000 sf building on West Columbus Avenue. One side would be developed into their newest venture, BUILD Cowork + Space. The other side was envisioned to house an upscale restaurant. Jason saw potential in Humberto and Laura’s talent and vision, and offered, in partnership with the architects at Revival Design Studio, to assist them with the build out of the interior if they agreed to become tenants.

“Small Nation included us in every step,” said Laura. “Even though we were renting the building from them, we had input in all aspects of the renovation, such as architectural designs, the flooring, bar design, acoustic and sound-absorbing lights, and Otomi art sculptures.”
It is important to Small Nation to help develop not only their buildings but the small businesses within them.

Scaling is a challenge for nearly all small business owners. The transition can be challenging, both financially and operationally. They purchased the building at 137-139 West Columbus Avenue for $160,000 and invested $375,000 in the renovation of the Flying Pepper’s kitchen and front of house space. When a small business owner’s true talent and grit are recognized as the secret ingredient for success,
investment in the person, as well as the place, is a no-brainer.

FROM FOOD TRUCK TO FABULOUS 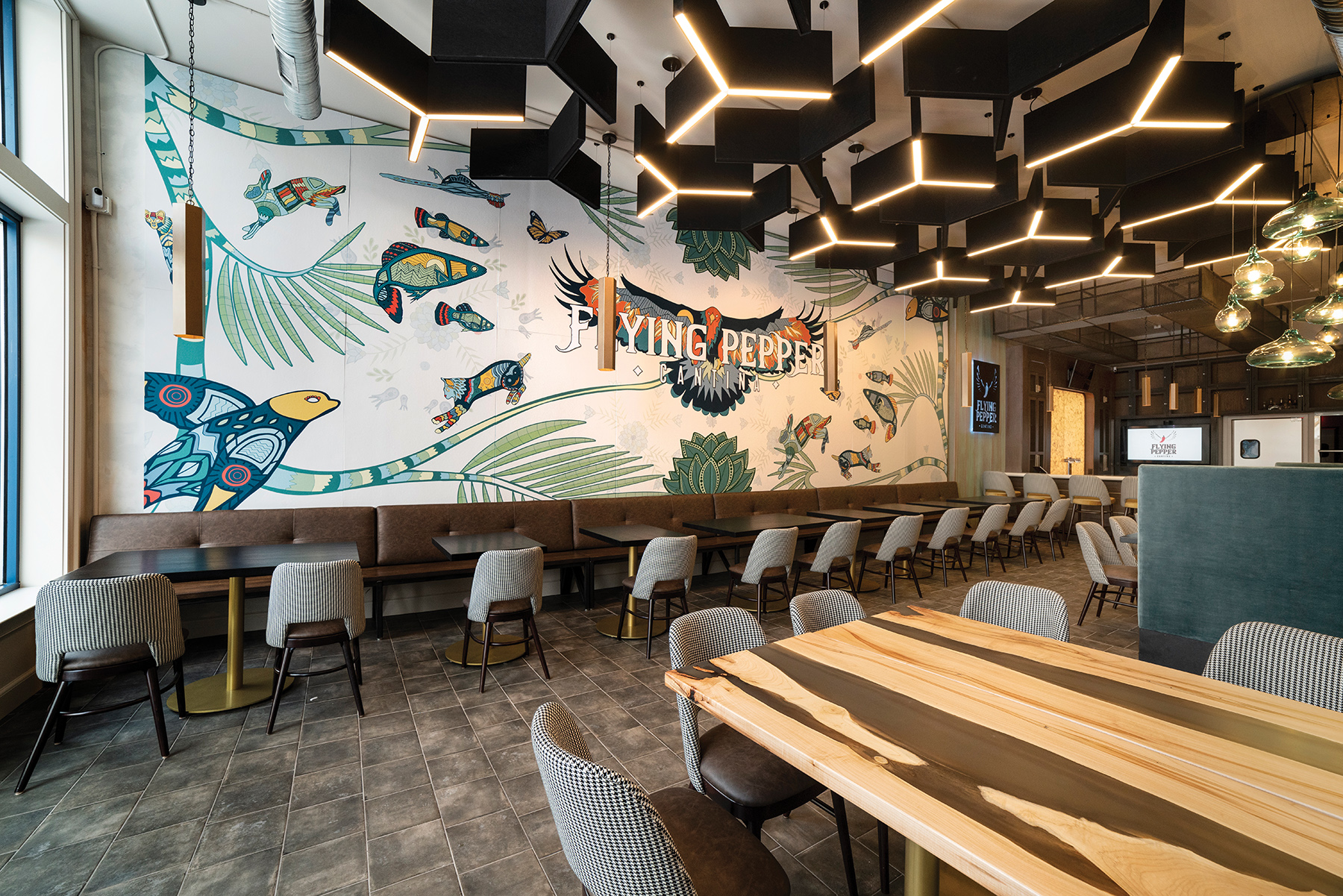 The Flying Pepper Cantina opened for business in their new location in December 2020, offering Humberto’s authentic Mexican cuisine using fresh, local ingredients. The menu ranges from small plate starters like sopes, cheese and chorizo, and house-made guacamole to creative, fresh tacos with grilled vegetables, locally-rasied tilapia, and al pastor with Humberto’s secret adobo sauce. The entrées are always fresh, light, and delicious, with a coastal twist to what is typically seen as Mexican fare in the area. A full bar featuring a large selection of tequilas and margaritas using freshly squeezed juices is available, as well as a curated selection of beer and cocktails.

The Flying Pepper also offers an outdoor patio for diners to enjoy in warmer weather. “Without Small Nation and Jason’s influence, we would not have had a patio in the front, which is something we so badly wanted and needed,” said Laura. “Jason was very influential in helping that to occur.”

“We couldn’t be more pleased and excited to be working with such great operators and a type of food and experience that is missing in our Downtown,” said Jason Duff. “Having a variety of unique tacos, small-plate appetizers, tamales and a wide variety of unique cocktails and tequilas is a welcome and unique addition to the Downtown restaurant scene.”

Laura and Humberto’s experience in scaling their small business has allowed them to share what they’ve learned with others. Their advice to others hoping to launch into a similar journey is:

“Don’t dig your heels in, but instead learn to listen to the other side. Instead of listening to form your response, learn to listen to understand what the other person is saying. Take egos off the table in the process. Also, as you build your staff it’s important to hire the right team. This line of work is not the right fit for everyone. We have a dream team in many ways and are continually working towards growth and improvement. 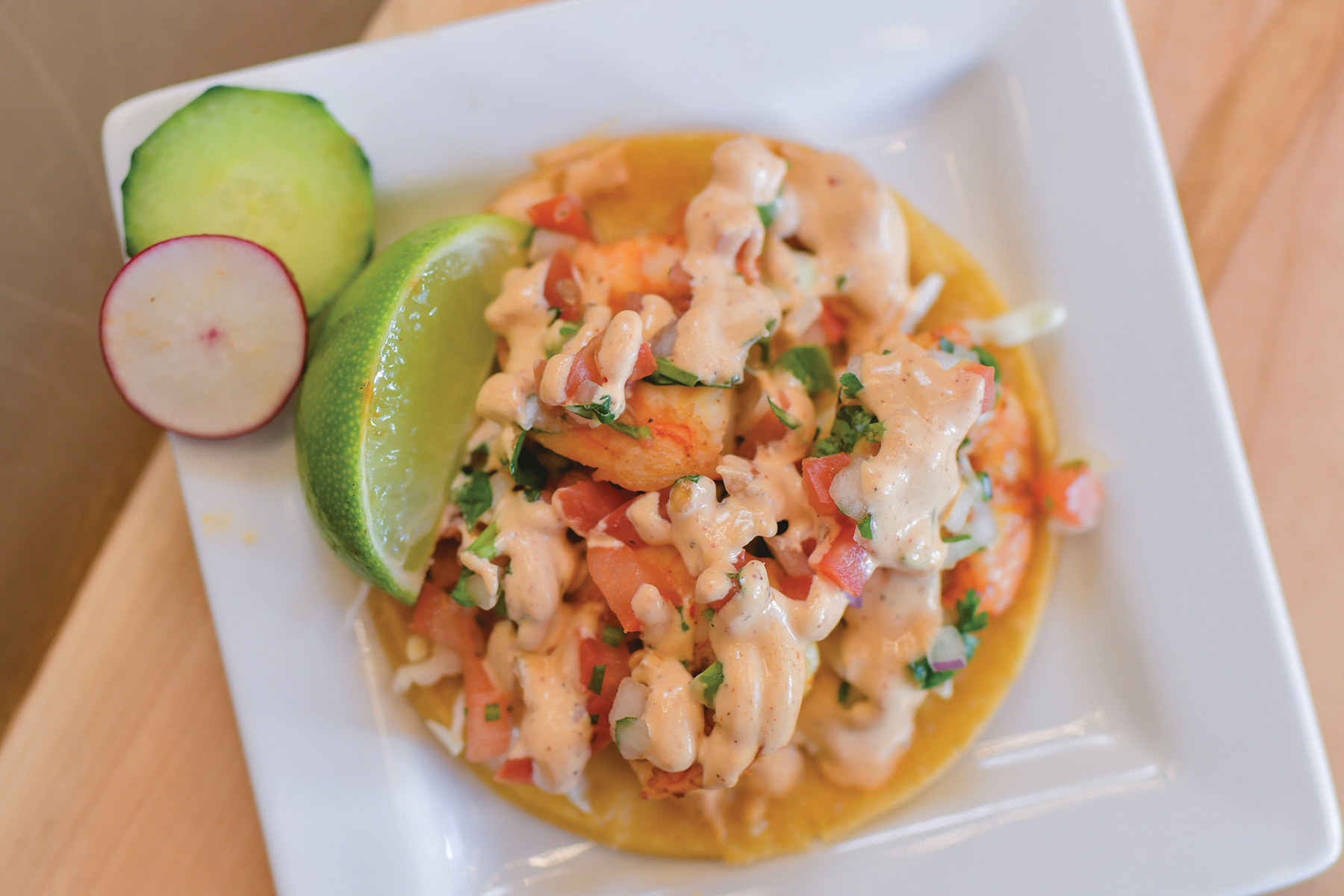 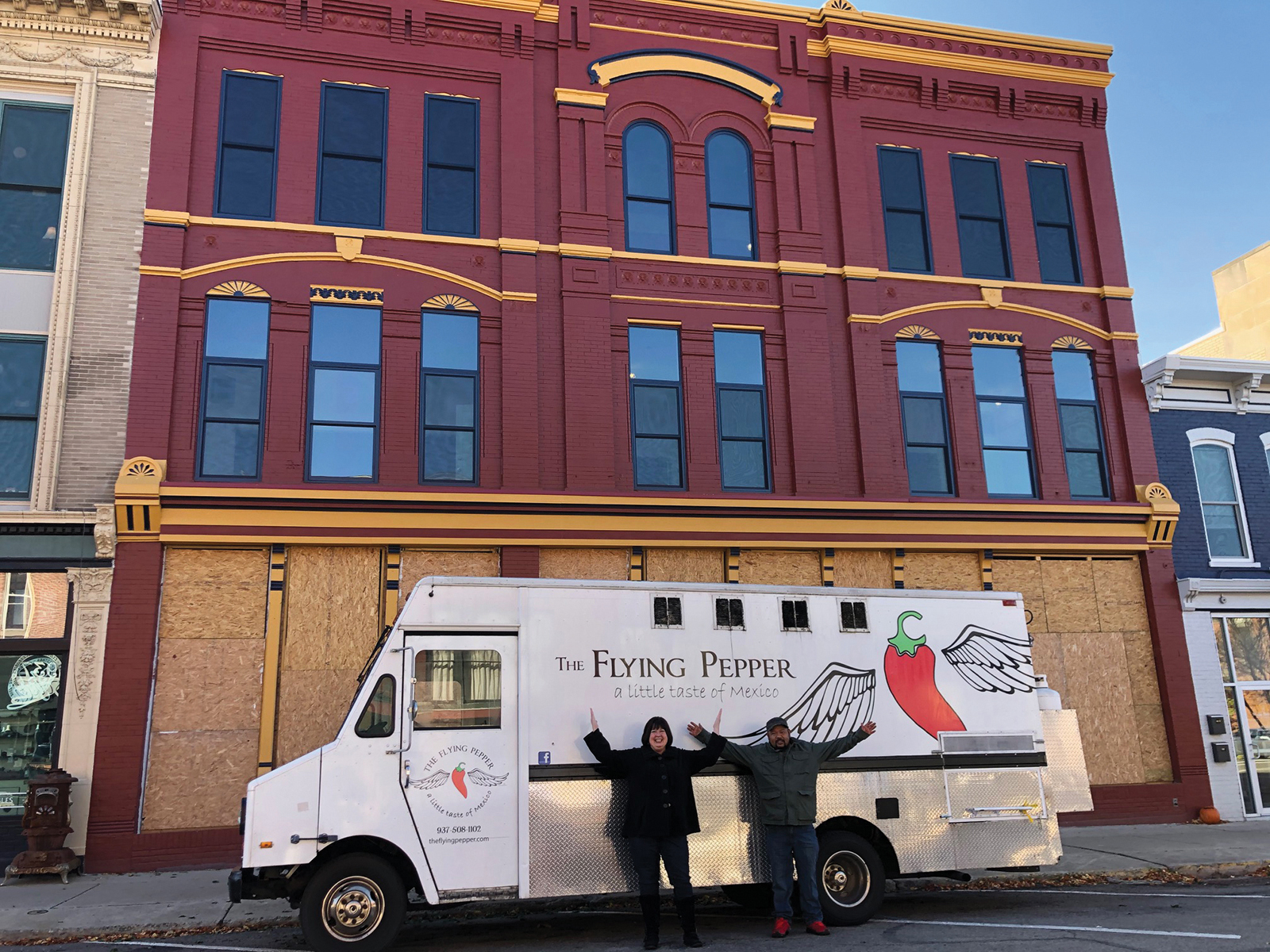 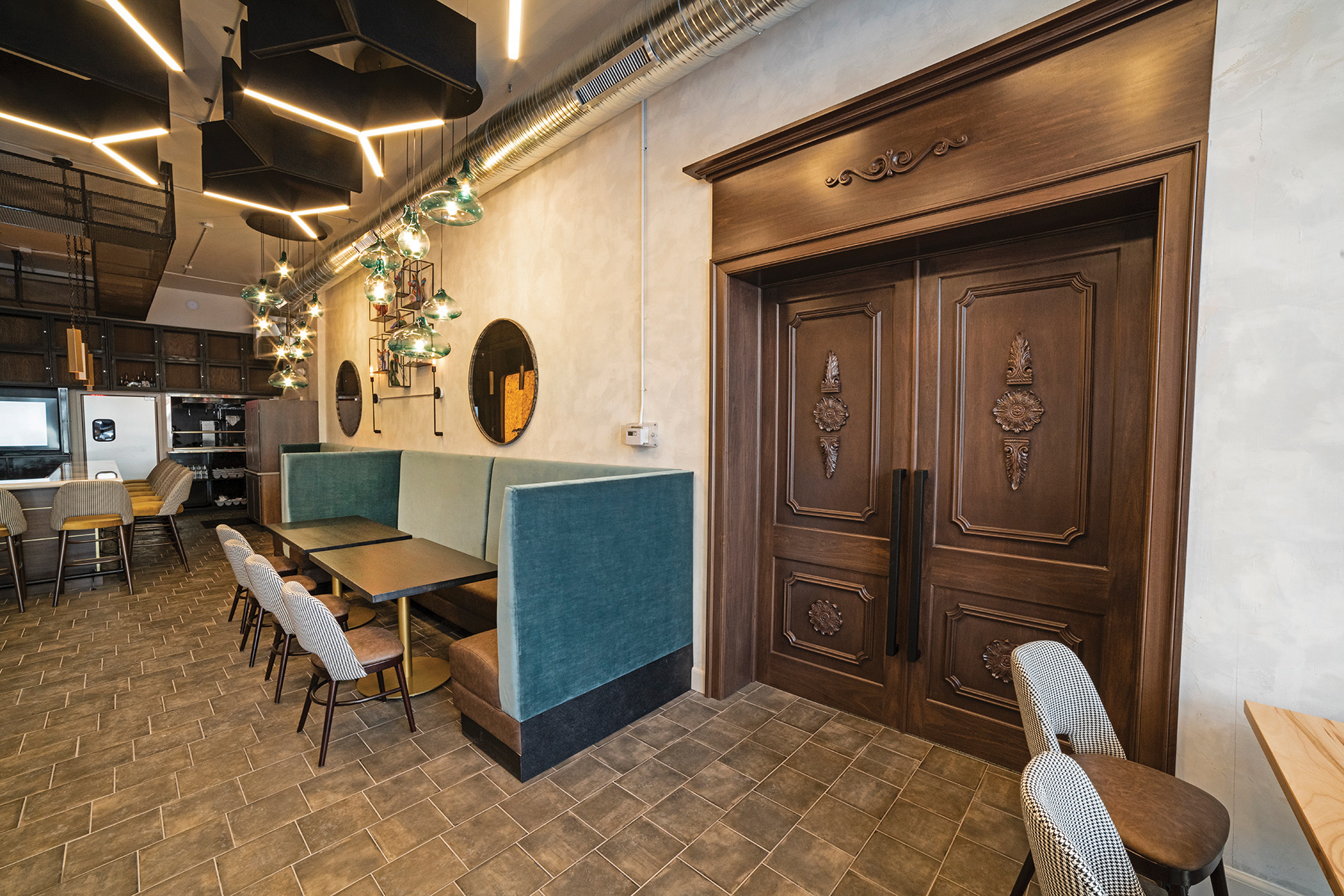 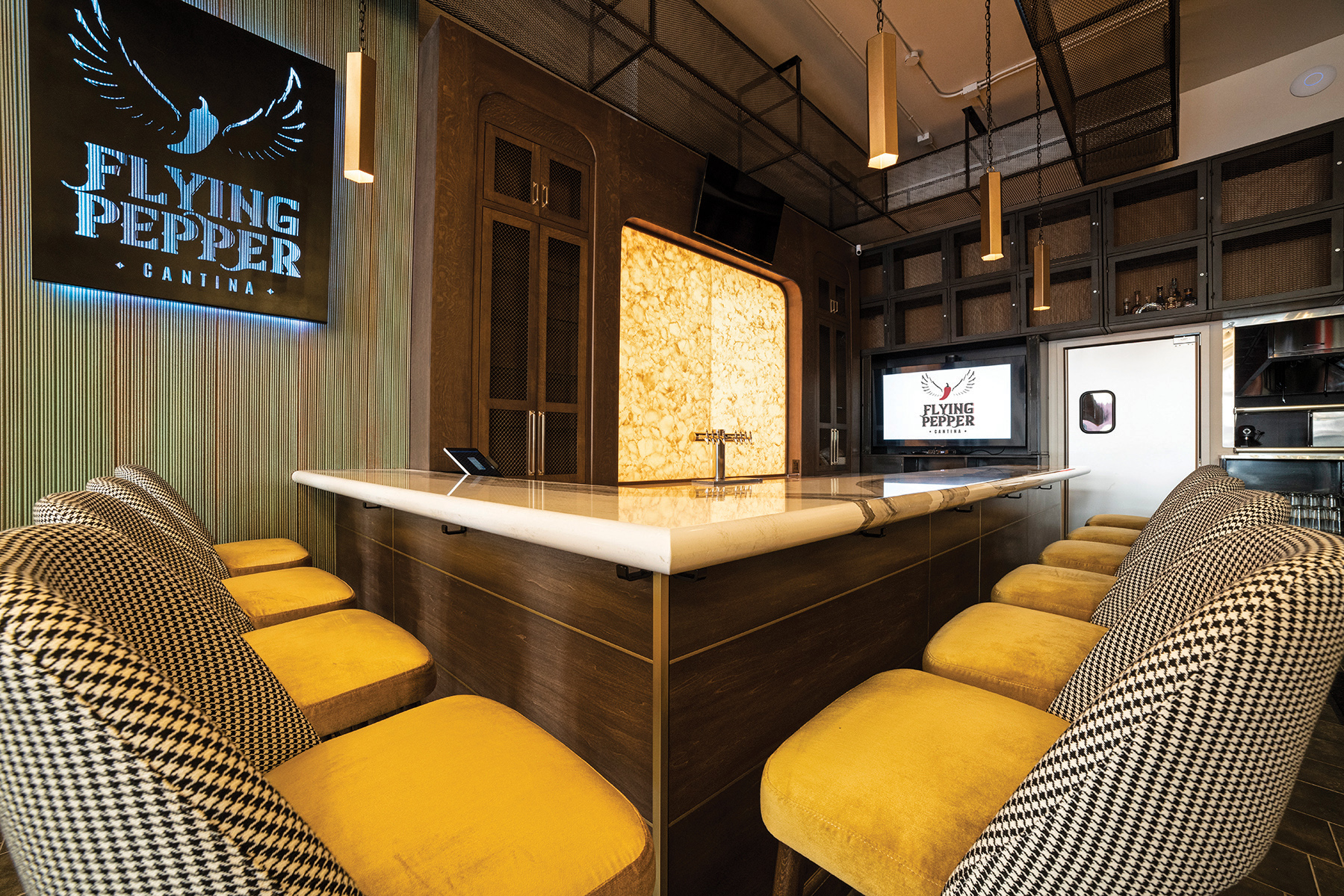 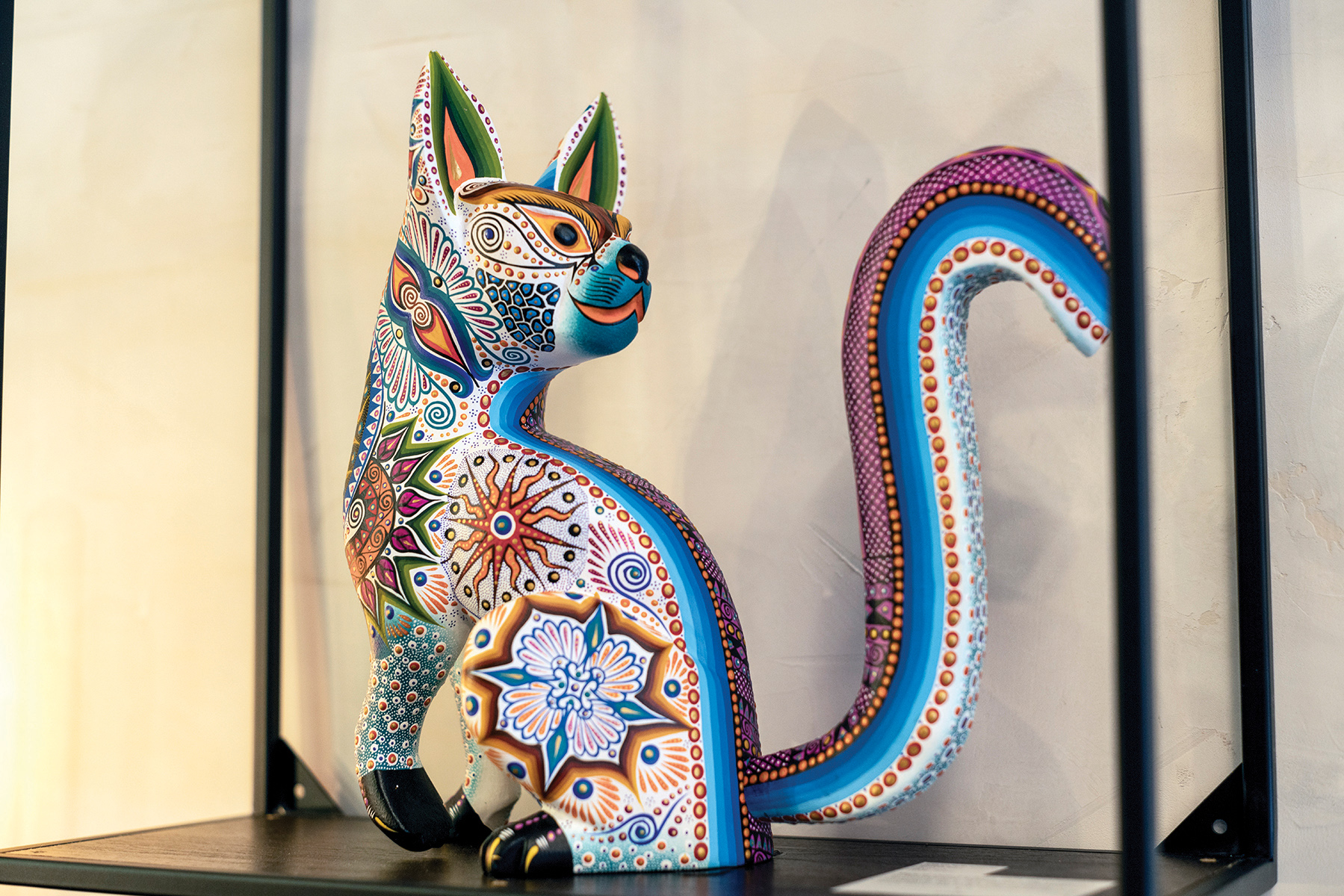 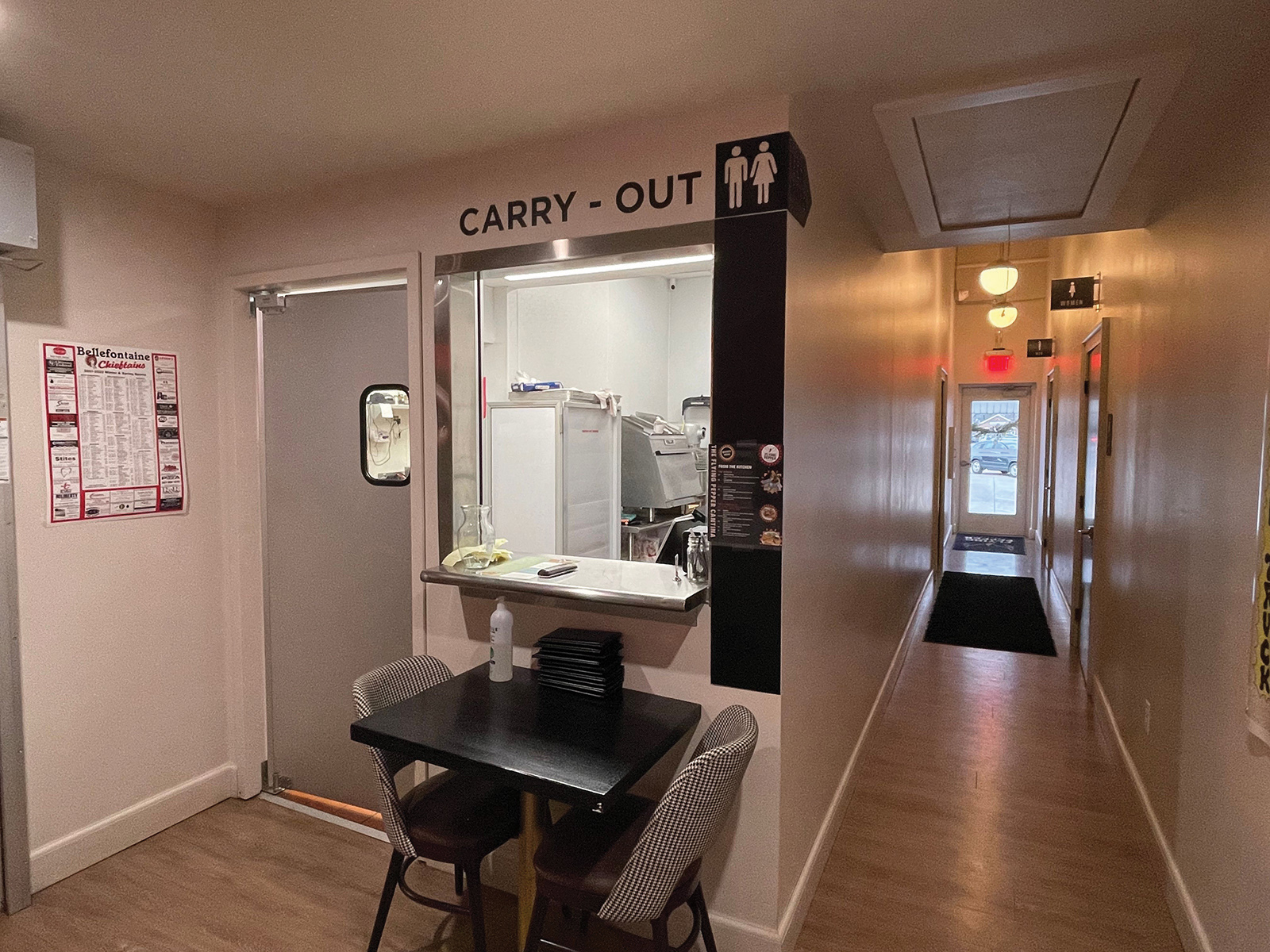 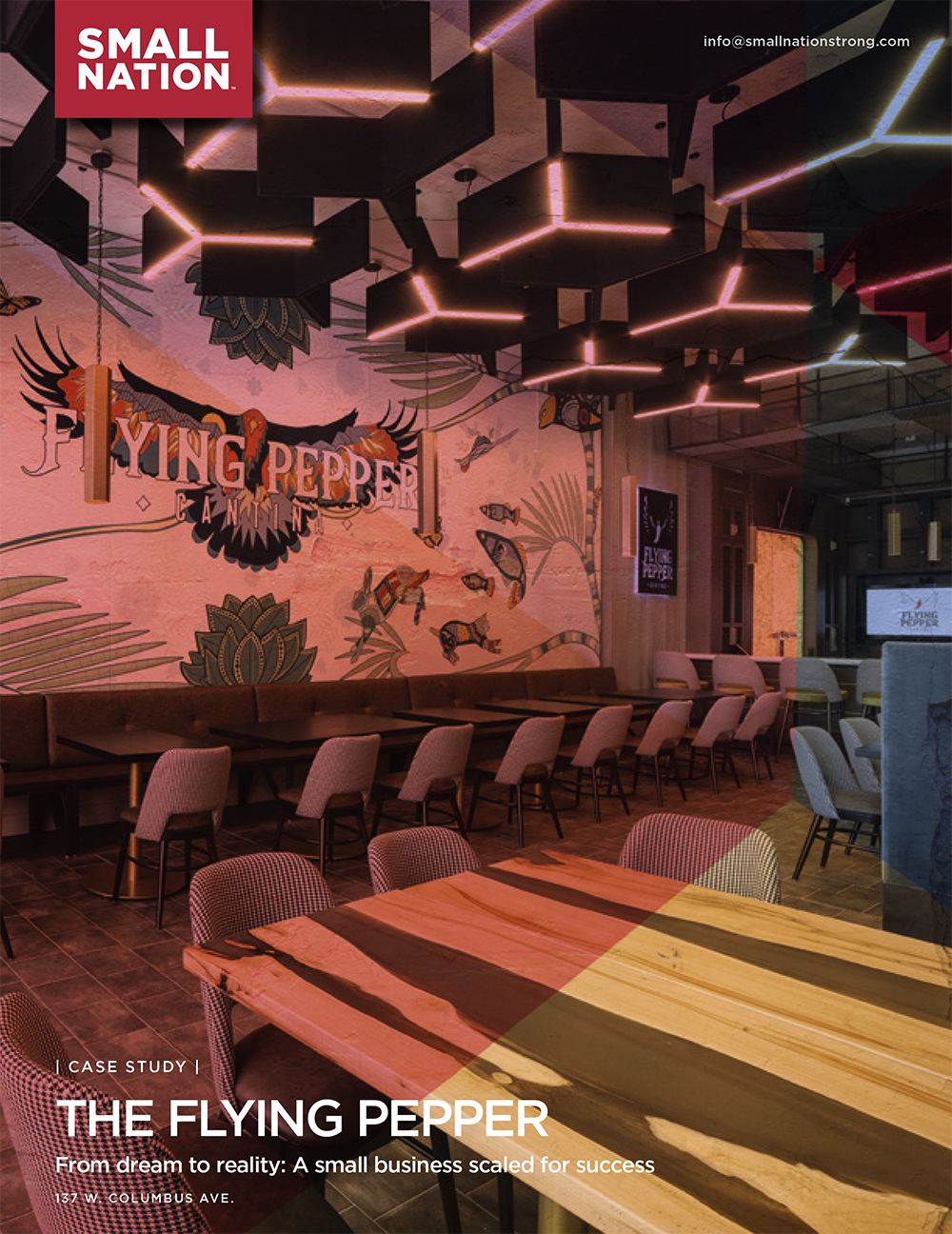