A town native brings coffee and culture back home.

Braydon Campbell was a Bellefontaine native with a passion for music and great coffee. After graduation, like many before him, Braydon’s first thought was to leave town. He didn’t see a place for himself here. We think it’s time to change that. Bringing young people home to small towns means creating opportunities and experiences for a lifestyle the next generation wants. 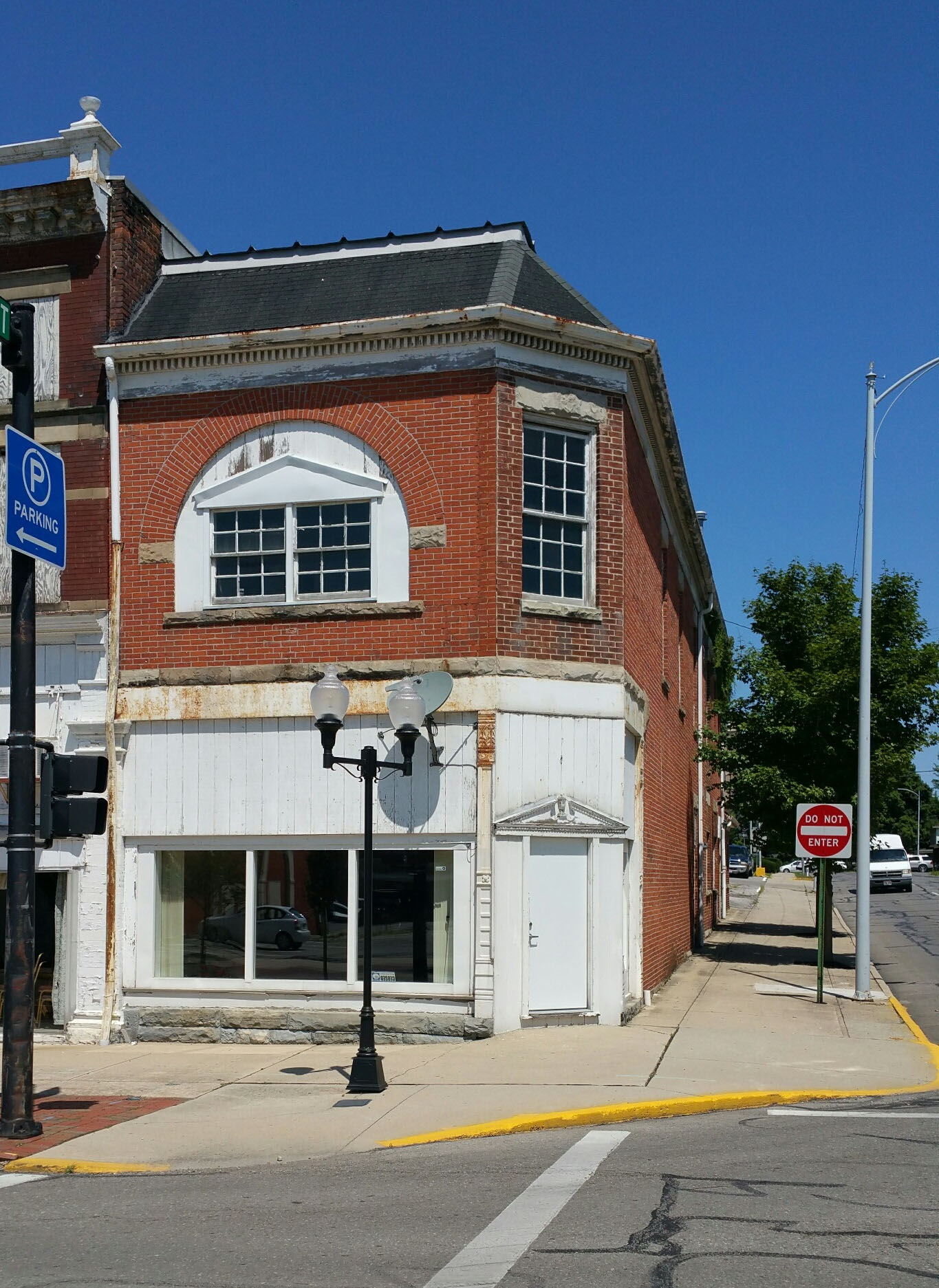 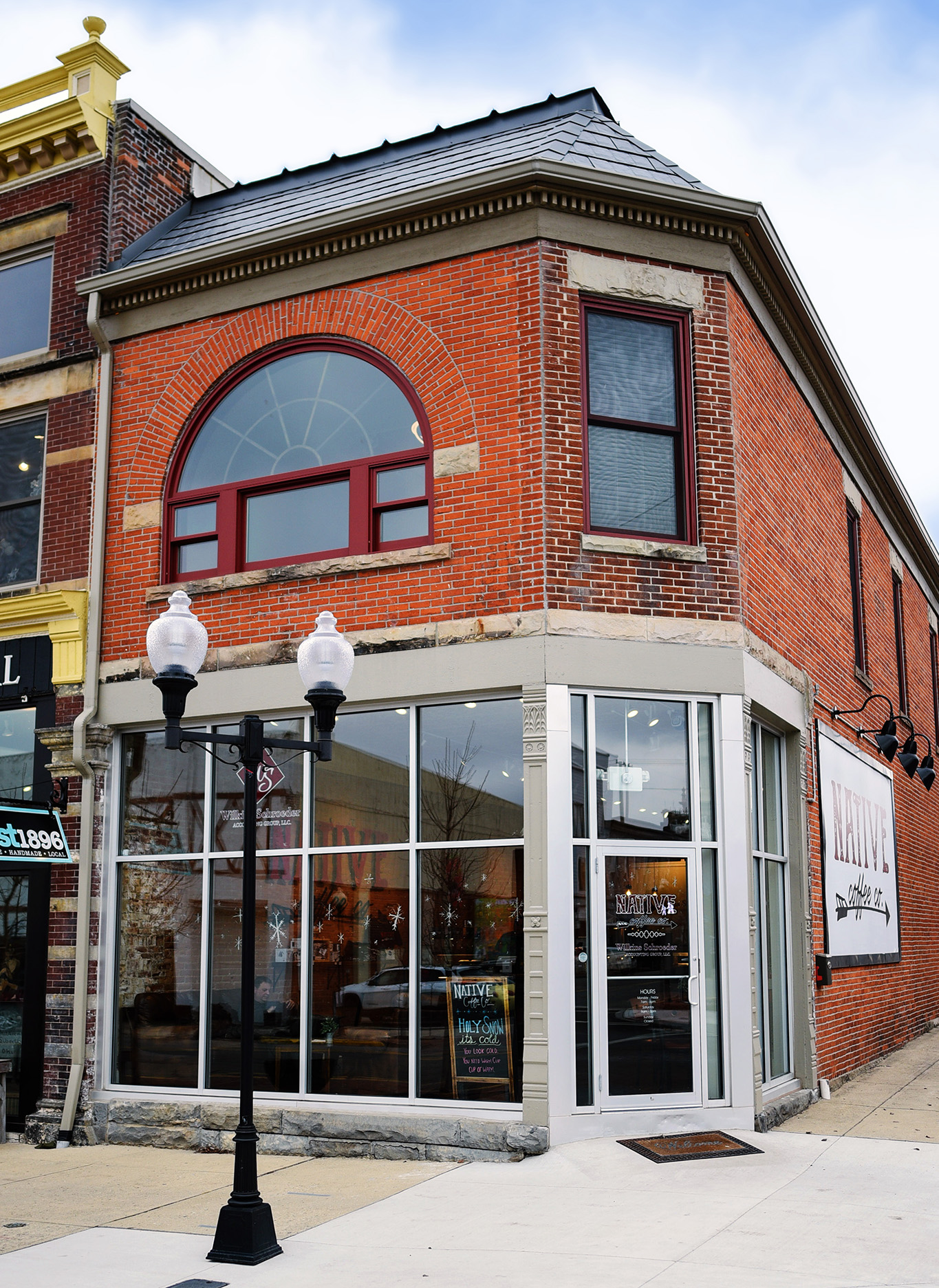 Like a lot of young people who grew up in small towns, Braydon didn’t see many opportunities for jobs or lifestyle experiences.

The big city was calling with promises of amazing new experiences and unlimited possibilities so of course he followed it’s lure. He explored Columbus and Chicago, founded a rock band, and learned to become a world-class barista and coffee wizard in the process. Braydon was honing his gifts and skills and building a life away from home.

Rural brain drain is a genuine problem for small towns across the country and Bellefontaine is no different. While our young folks love the sense of community at home, small towns can still seem a little vanilla to many young people today. Above and beyond the fact that their potential for jobs is more plentiful in bigger cities, they place a higher value on how they spend their time.

Experiences are the new currency when trying to recruit and keep young folks in town.

Why is it important to keep them here? Many small towns across the country are becoming aging communities. Young people leave and the demographics and economies of a community change dramatically. With age, everything slows, including commerce. With fewer young people to fill jobs, industry looks for new locations. With fewer young families having babies, schools decline. Independent businesses that have been in existence for decades end up shuttering upon the owners’ retirement because young, hungry entrepreneurs who are willing to take the reigns aren’t there.

So how do you keep them interested in staying, or in Braydon’s case, returning? Offer them opportunities to build something amazing. Create experiences to keep them engaged by working together to make it happen.

A building became available in a part of downtown that was in serious decline. It had been vacant for many years, but in its corner location it had a wealth of potential as a foot traffic anchor for the block…if the right business moved in.

The Small Nation purchased the building for $17,000, which left plenty of budget to renovate and position the building to attract a coffee shop tenant. After renovation, we strategically staged the main dining area with used furniture to appear ready for the kind of tenant we wanted to attract. Tables, chairs, and even a coffee cup or two were used to plant the seed of possibility.

Meanwhile, we heard about this great little space called the Uptown Market & Café in Leipsic, Ohio that was owned by Mandy and Brian Osterfeld. Uptown was like a miniature, locally owned “Whole Foods,” offering fresh food and coffee to local residents. We visited. And guess who was creating delectable coffee concoctions? Braydon Campbell.

Through conversations about coffee, the Small Nation team learned that Braydon was a “native” of Bellefontaine. We invited him and the owners of Uptown Market to visit, they fell in love with the space and the idea that by starting a business in this location, they could be a catalyst for renovations to an entire block! “Native Coffee” was born, and was indeed the beginning of a new future for that part of downtown.

In addition to the Native Coffee storefront, the building had plenty of space for additional tenants. Many small town building owners invest in filling storefronts, leaving back rooms unrenovated, empty and unmaintained. They often become storage rooms which suck energy resources rather than contributing to the overall life and success of the investment and structure.

Small Nation strategically maximized the potential of the Native Coffee building by positioning the back end for office use. The coffee shop, which is a high foot-traffic business, maintains control of the building’s frontage while supporting the office space tenants at the same time. Although they do have an exterior entrance on a side street, the main entrance for Ascend Consulting & Accounting was strategically planned to be in the rear of the Native Coffee dining area. Their signage is in full view of every person who orders their morning latte which is a marketing and visibility bonus, and Ascend clients utilize the coffee shop’s tables as they wait for their appointments. The plentiful space within the historic building is filled with tenants and the businesses are happy to serve a community who needs and enjoys both services.

Upstairs, the Small Nation team planned to utilize a large, open second floor as a meeting room that could be rented for corporate gatherings and events. The Loft Above was planned to seat up to 75 people and features private bathrooms and a small kitchenette.

By maximizing the available square footage and designing the space to recruit a creative mix of tenants, the Native Coffee building in Bellefontaine has become one of the most successful Small Nation development projects to date.