Angie Hall was looking for a way to expand her seasonal donut business and keep her great employees engaged throughout the year. At the same time, we were planning to add an independent bakery to our tenant mix. Why? Foot traffic. If you want to see people active in your town, give them a sweet, sweet reason to visit from morning until night. 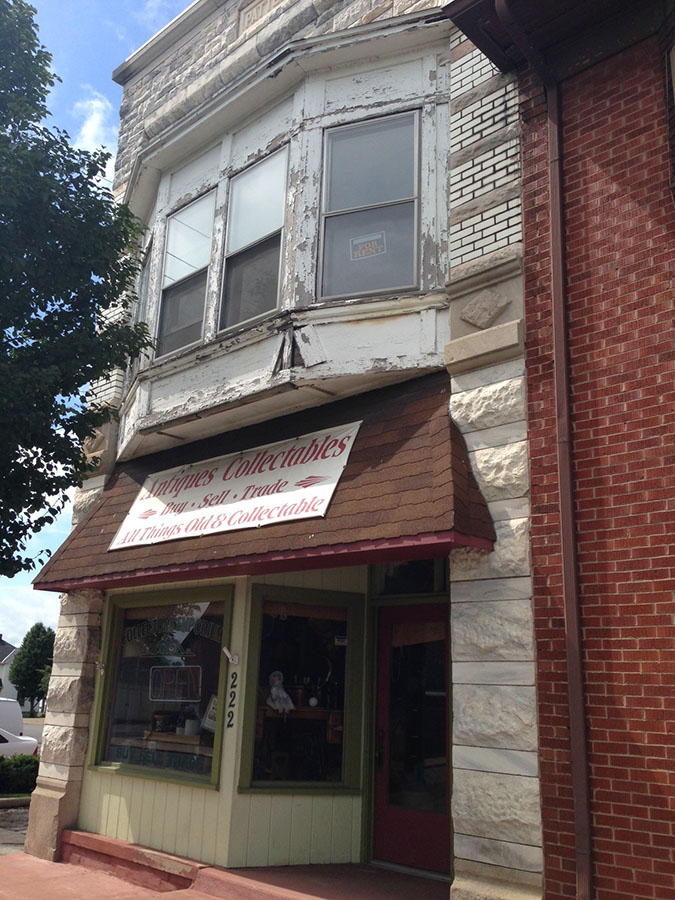 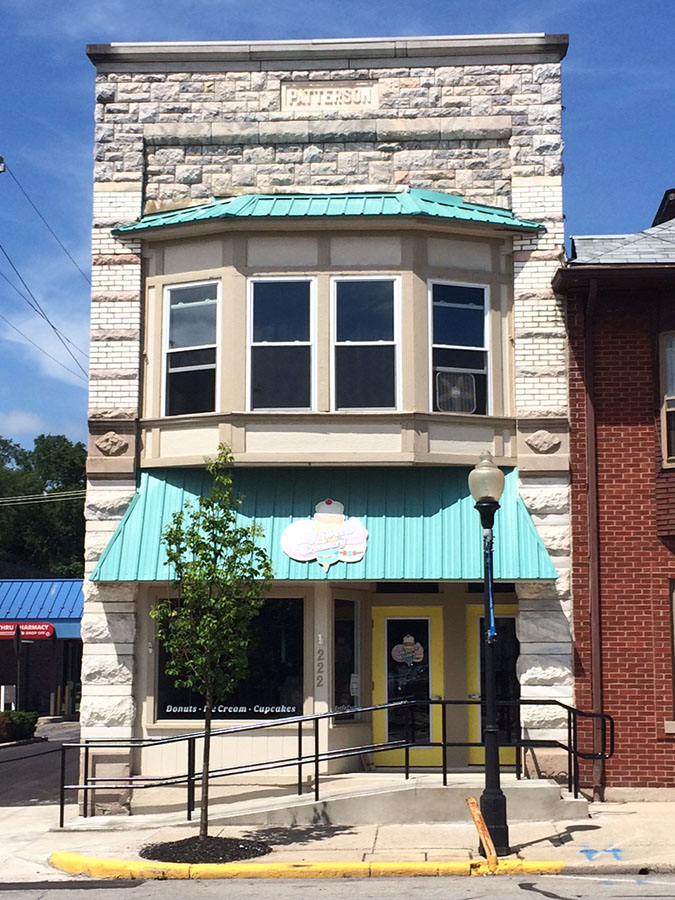 Some of the country’s best bakeries are hidden away in small towns.

Unlike the big-business, factory bakeries who create the things you see on the grocery store shelves, in small shops almost everything is made by hand. Real people are there from early morning until late at night, creating delicious products for people they know and care about. That is the kind of love and passion that is needed to create something truly amazing.

Angie Hall is just that kind of person. For years, she has owned The Donut Shop at Indian Lake Ohio, an ultra-popular sweet stop for lake visitors and area residents alike. In the winter months, lake traffic slows, and Angie was looking for a way to expand her product line and keep her amazing employees year round.

At the same time, Small Nation had purchased a building on the 200 block of South Main street for $40,000. The building had lots of history and potential, but the storefront had not been open to the public for over 8 years; the previous tenant used the space to store his collection of antiques. We had plans to renovate, and prime the location for a business that would encourage foot traffic on that block and fill a commerce need for the area.

Part of our Hustle Hard Approach includes staying in close communication with our local community. Before recruiting a business tenant, the possibilities are put through a strategic filter. Asking the community what kind of businesses they feel are missing from the downtown area is a crucial part of the Small Nation development process. By filling a clear need with the right tenant type, we help the small business who moves into that building launch with strong potential for success.

We asked our community via social media what kind of business they wanted to see downtown, and received an overwhelming response: 400+ comments said Bellefontaine needed an independent bakery. We agreed.

The next step was to find the tenant, and we didn’t leave it up to chance. Rather than marketing the availability of an empty storefront to the masses, Small Nation actively promoted the location as a potential bakery space. The newly renovated storefront used props and vinyl graphics of cakes, pastries and pies in the windows, planting the seed that this was the perfect home for a food-based entrepreneur.

Angie came through our prospect funnel interested to know more about our intentions with the space. It had potential, but the one thing she knew she needed to move forward was a drive-thru window. The building is located on an alley so a drive-through would be an option, but unfortunately, the alley was a 1-way street running the wrong direction. Making that change would require changes at the city level. Because Angie had so much potential to make the bakery business succeed, Small Nation agreed to go through the process of changing the alley with the city if we could help her establish the business brand. Our investment in the success of small businesses goes far beyond the empty building.

The Small Nation team moved forward with a design-build process with Angie, taking in her feedback and recommendations. We worked hand in hand with the city administrators and engineers to change the direction of the alley and increase its elevation so it would function correctly as a drive through. We also designed the interior upfit of the space, creating a bright and cheery environment that reflected the wide array of sweets that would be sold there. In order to get the right kind of tenant in the right space, we became invested in the eventual success of the business. And it worked.

City Sweets & Creamery is a perfect example of how entrepreneurship-based economic development has a major impact on small town economies. Although her bakery has a small number of hyper-talented employees, Angie and her team regularly partner with other food-based businesses in town. They are within walking distance from most of the restaurants downtown who don’t serve dessert, so City Sweets is the next logical place to visit after a meal in the evenings, even if it is for a scoop of ice cream. For those who do serve dessert, City Sweets has become a go-to vendor. They product a head-spinning “Chocolate Tower” cake that weighs nearly 2 pounds per slice for Iron City Sports Bar. They even collaborate with other businesses for special events, like Brewfontaine’s “Donut and Beer Pairing” event nights that promote both businesses.

Most importantly though, is how their business impacts the foot traffic downtown. City Sweets opens their doors at 5:30 a.m and stays open until 9 p.m., creating a steady stream of people to visit other downtown establishments from morning until night. They have been able to expand their business from donuts to unique, hand-made pastries and cookies, and have become known well beyond their geographic area for custom cake designs for birthdays, anniversaries and weddings.

In total, Small Nation invested $300,000 in the renovation of the building, which includes two apartments on the second floor of the structure. The mixed-use tenant mix supports the traffic of other businesses downtown, and has multiple sources of revenue. From a business perspective, this is a solid investment of time and financial resources. But here’s what we know for sure: City Sweets & Creamery was more than a smart development deal. We spent the time to bring the community what they wanted. We spent the energy to find the right person. And the return this business is now bringing the community as a whole is invaluable. 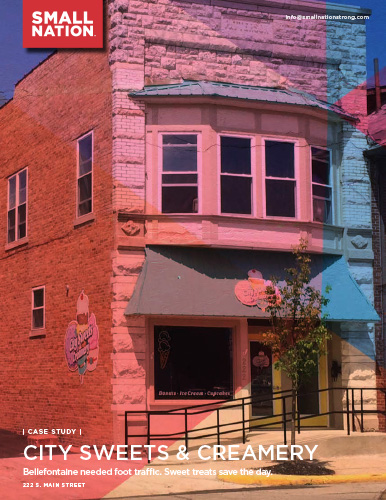