Three guys walk into a bar. The idea for the best beer bar in Ohio was born.

In 2015, Adam Rammel, Jeramy Fitzpatrick and Brian Wall walked into a bar and bemused about the fact that they couldn’t find a good, cold, local craft beer for miles. On that day, in that bar, they asked the key question: Wouldn’t it be great if people didn’t have to leave town for a bigger city to find craft brews?

In small towns, big dreams have the potential to become realities every single day.

Bellefontaine is home to 13,000 people in northwest Ohio and like many small towns of its size, the local craft beer scene just hadn’t quite made it to the area. Same goes for the restaurants; there were plenty of big chain choices and the rest of the local offerings were just so-so.

Jeramy and Brian were founders of the Bellefontaine Body Bearders, a group of guys who were passionate about good music, food and craft beer. Adam, (beardless, but also a beer lover) was the Vice President of Sales and Marketing for COMSTOR Outdoor. As luck would have it, he also brought his creative skills to table with the Small Nation development team. The synergy of these like-minded people and the need to fill a gap in the town set the stage perfectly for a new business to be born.

Adam pitched his dream of a craft brew bar to the rest of the Small Nation team. Jason Duff, Small Nation CEO, not only agreed that there was a need for a business like this in town, but he offered to become an equity partner as well.

Small Nation looks at development from a completely different perspective than most developers. When considering a location, they also look at what the town truly needs to fill a gap or drive outside traffic. They think about the brand impact that will be needed to create strong consumer appeal, and most importantly, the people who can make it all happen. If that magic combination exists, offering financing or joining forces in the journey toward success becomes a smart business move.

There just happened to be a building in Bellefontaine that would be perfect for a craft beer bar. It was in a great location and had been vacant for a long time so it was cheap, plus it had the personality and bones that could serve Adam’s vision. Jeramy and Brian were the perfect pair to run the business day to day. Their passion for the product and culture was the necessary fuel for Brewfontaine to spark and succeed. With available capital from the very beginning, they were able to launch big, move fast and quickly expand their revenue streams. By maximizing financial and human resources (both brain and braun) while a small business was in still in the concept stage, their potential for success is compounded exponentially. 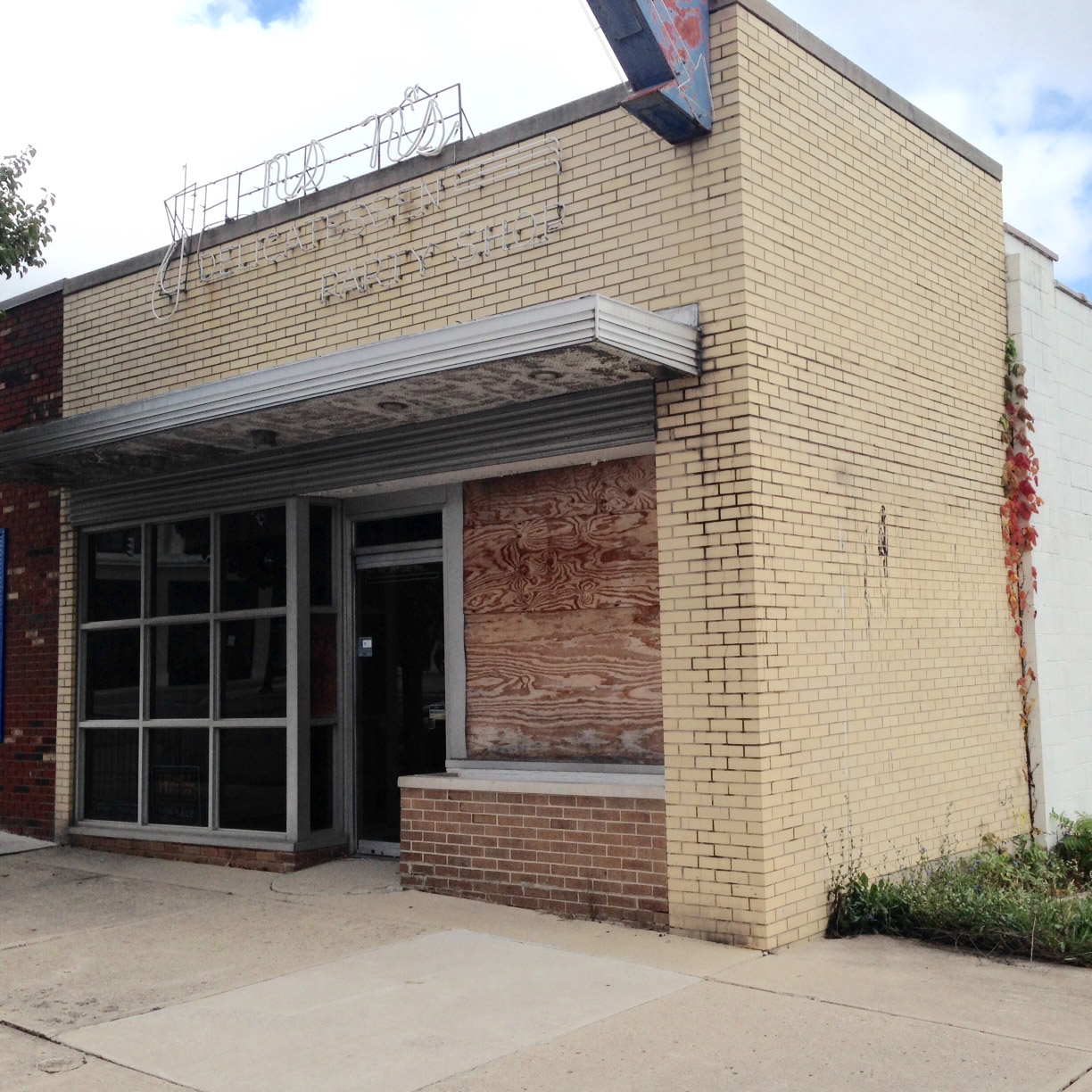 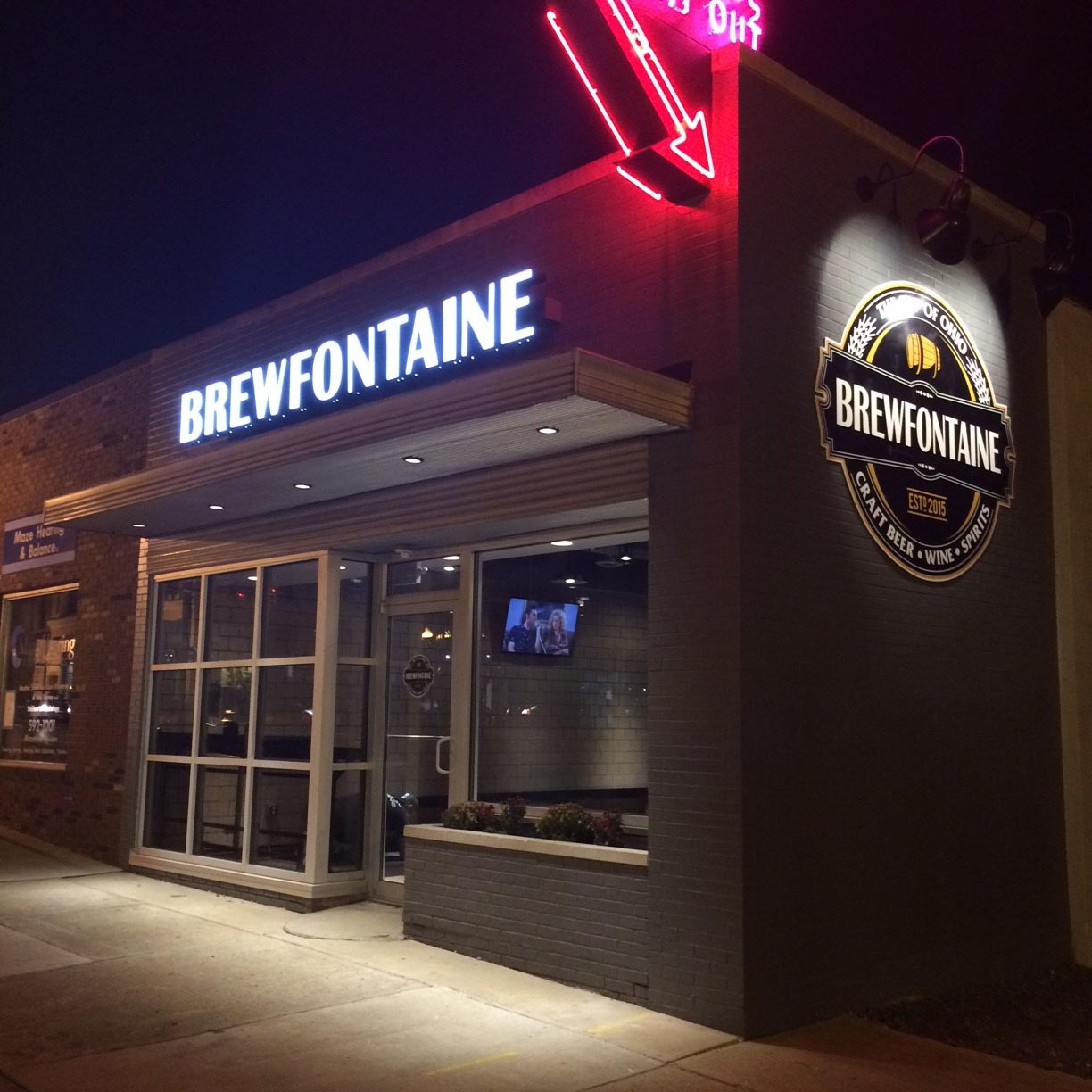 The building they identified for Brewfontaine’s location had been vacant for years and the longer it sat empty, of course the worse it began to look. The perception was that a crumbly old building would take too much money to fix up, so no one bothered to consider it as a viable option for something new. But the Small Nation team has the ability to see possibilities and potential where others cannot.

The building was constructed in 1942 and was home to a local deli called Johnson’s Restaurant throughout the 1950s. It had a strong facade and the interior was still covered in shiny subway wall tiles. The food pass was still in existence between the bar area and the kitchen. Renovation of the space was indeed an investment, but most likely much less than what others had perceived. The architectural style of the building, the brand concept and the interior upfit were all carefully planned to reflect the tastes and culture of the craft beer consumer and the local community.

Rather than taking the low cost options from beverage distributors like most small bar businesses, they invested in a tap system that allowed the best quality and the widest variety of options. This small business in a small town offers an average of 21 beers on tap, 25 in bottles and 20 in cans for their local crowd every day, expanding the opportunity to taste, learn and experience flavors most would find in a big city.

Their menu inspiration includes a nod to the Body Bearders club and its founders. Their signature hand-rolled pretzels are in the shape of a mustache and served with Saucy Sows sweet pepper mustard, a locally made product. Their scrumptious grilled sandwiches (matched perfectly with a featured craft beer) are served with Mumford’s potato chips, made just up the road in Urbana, Ohio. They even make their own IPA soaked house pickles.

The attention to detail during the planning process of your small business matters. It has a huge impact on the experience the customer enjoys and how quickly they tell their friends. Brewfontaine grew so quickly that they recently expanded their seating capability to include a heated outdoor pavillion. Today, Brewfontaine is garnering multiple six-figure sales, has evolved into one of the town’s favorite gathering places, and was voted the best beer bar in Ohio.

The craft beer industry has exploded in recent years. According to the Brewers Association, in 2017 more than 6,000 breweries operated in the United States, contributing $67.8 billion dollars to the U.S. economy. Beer tourism is also on the rise. The average craft beer drinker visits 3.5 breweries near their homes and 2.5 breweries within 2 hours’ driving distance. This industry is hot, growing and still full of potential.

It’s success doesn’t have to be limited to urban centers though. Craft beer bars and breweries offer small towns across the country a great opportunity to elevate and expand the flavor and entertainment options within their communities. Creating unique choices and engaging experiences within the borders of small towns makes people happy. And if they’re happy and have options, they’re more likely to stay in town for dinner and drinks instead of spending their money in the bigger city next door.

Brewfontaine may be a small business in a small town, but it has been recognized statewide. In 2017, they were named “#1 Beer Bar in Ohio.” How? The HUSTLE HARD approach gave them the resources to launch strong from the beginning. They focused on quality and the business boomed. Learn more about Brewfontaine at brewfontaine.com. 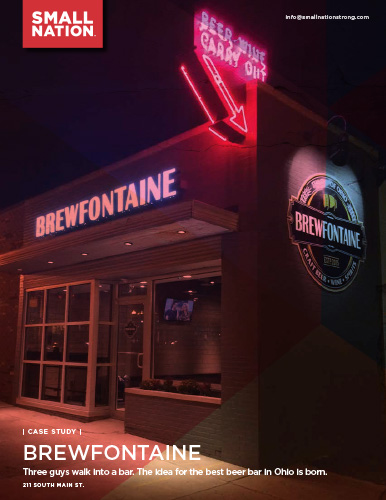